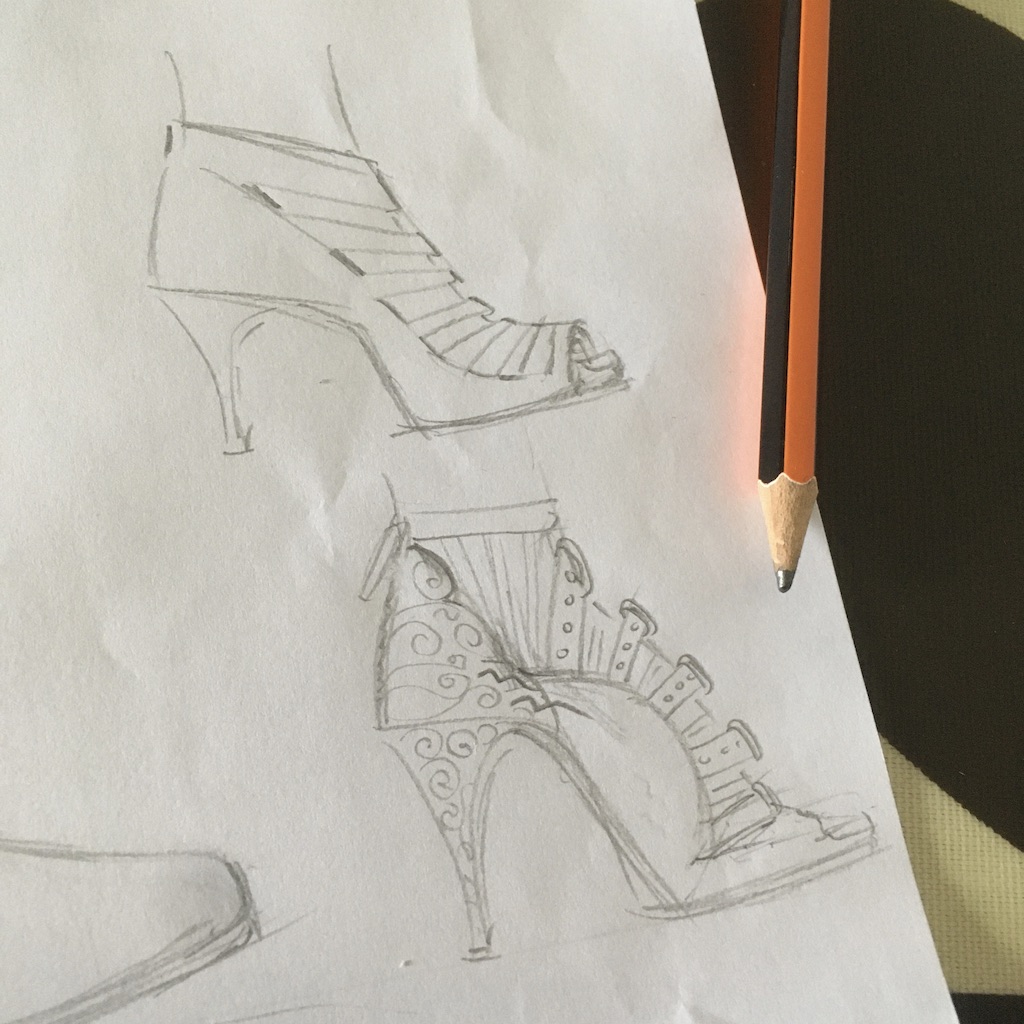 Unlike many creatives I know, I can’t claim to have come from an unsupportive family. Thankfully, that does not form part of my story at all: quite the opposite in fact. My parents were always encouraging when it came to my creativity and looking back, my future path was set from a very young age. I do remember short stints of wanting to be a paramedic, (having engrossed myself in episodes of Saturday night TV drama ‘Casualty’) and also an archeologist, thanks to a fossil project that piqued my interest at middle school. But with the exception of these 2 ideas, the rest of my childhood and early adulthood believed firmly that my destiny would be a creative one. There really wasn’t any other choice. Where else would I possibly fit when I spent all my free time drawing, colouring, making and creating?

Nobody was surprised when, aged 18, I enrolled on an Art Foundation course after my A Levels. Although I loved the freedom to try many new techniques, it was a strange year watching all of my close friends head off to uni whilst I remained at home, with my parents, forming loose, new friendships that were never going to last.

I learnt that the creative world worked not in essays and exams but projects and design briefs and though I tried my hardest to fulfill all the criteria, I struggled to find my feet. I struggled to see any value in what I produced and my tutor made it clear I would never be the star. Midway through the course it was time to complete our UCAS applications for university and I chose several options including fashion design, textiles and one I’d stumbled upon by accident. Some time ago I’d been to the Clothes Show exhibition with my mum and picked up a prospectus from Cordwainers College, now part of London College of Fashion. I leafed through the brochure absentmindedly and spotted a course on footwear and accessories. FOOTWEAR AND ACCESSORIES?? Fireworks went off in my head as the penny dropped: it wasn’t the fashion, fabrics or clothing that lit me up, it was all those other pieces that most people overlooked – the bag, the belt, the perfect pair of shoes. I felt happier than ever, confident in my decision to apply, knowing that I’d finally found a home for my creative passion and a direction in which to steer it.

I remember the day of my interview at London College of Fashion; my mum accompanying me and my cumbersome A1 portfolio case on the Tube and proudly escorting me to the magical door. When I received my offer of a place on the course, I don’t know who was more elated, myself or my parents, and my mum reminded me of a dream I had voiced as a little girl, to return to London, (my birthplace), and attend university there. The stars were aligning and my path was set.

But my newfound confidence and enthusiasm didn’t last long. Right from the start I did not feel ready as, one by one, the work of my classmates was held up as something to aspire to, a shining example of the level expected by this prestigious establishment where anything less was just not going to cut it. Rather than inspire me, I felt a constant sense of dread every time the words ‘peer review’ or ‘critique’ were mentioned and became deflated each time my work wasn’t chosen. In 4 years, it never was. If I’d felt not quite good enough when I started the course, by the end I was convinced I’d never make it in the fashion industry. In my 3rd year I took a 9 month placement with a successful British High Street footwear brand and the experience only reinforced the story I told myself. I did not belong. I didn’t have the skill to design, the talent for trend spotting or the unwavering passion for the fashion industry and the superficial schmoozing that it represented to me. ‘Who gives a fuck?’, I thought regularly as my colleagues swooned over the latest, overpriced designer bag or laughed snarkily at how ‘badly’ someone had dressed that day. How on earth was I supposed to take my love of shoes out into the big wide world when I felt like the biggest misfit I knew?

My solution was to throw myself into an alternative career. Alongside my degree I was also part of the University of London Officer’s Training Corps, (part of the British Army), where my weekends and weeknights were filled with leadership training, firing rifles, sleeping in fields and adopting a military mindset. The Corps exists to help funnel graduates into Sandhurst Military College and, with several friends already selected and signed up, I convinced myself that this would become my path too. It was sensible, logical and seemed more achievable. The people I trained with ‘got’ me. Admittedly they found my degree choice amusing but still they accepted me and my crazy shoe obsession because I had proved myself to be a hard-worker, reliable, resilient, fiercely determined and always a team player. This would be my new career and I would be successful.

Except I didn’t make the selection. I was crushed. I still remember the Senior Officer interviewing me about a career in bomb disposal and the laugh he let out as he learnt my degree was in shoe design. I suppose it does sound funny to say it aloud, but there it was again; that debilitating realisation that I didn’t fit here either. I was a lost soul with a creative heart and seemingly dead ends at every turn. My parents had always believed in me, so why did nobody else?

In hindsight the Army was never my true calling and I think I always knew that. Much like fashion college, I was being asked to mould my authentic self into someone they wanted –  expected – me to be and I just couldn’t hide my quirks. No wonder I didn’t fit in. I see now that actually, part of me really didn’t want to and I’m proud of the fact I didn’t force my round-peg self into any square hole.

Years later, (and after a successful career as a Senior Footwear Designer I might add), I wish I could tell that 20-something creative to believe in herself and the value she brings, rather than hiding, playing small and wasting precious time not feeling good enough. I’d spent so long feeling like I didn’t belong anywhere that I failed to see the beauty in my own, special uniqueness. The very idea that we, as vulnerable, creative and emotional beings torture ourselves with the notion of an invisible standard we must reach, caught up in a cruel comparison game and blinded to the fact that we all can do incredible things, saddens me. Especially when I had grown up with nothing but support from my loving family.

However, what story would this be without a silver lining?! Not only am I passionate about supporting other footwear, leather and accessory creatives to believe in themselves, but I’m also hell-bent on building the tribe that’s going to elevate them, a community of Mischief Makers . And if by chance you can relate to my own, awkward experience, then let me just leave you with this;

“Here’s to the crazy ones. The misfits. The rebels. The troublemakers. The round pegs in the square holes. The ones who see things differently. They’re not fond of rules. And they have no respect for the status quo. You can quote them, disagree with them, glorify or vilify them. About the only thing you can’t do is ignore them” – Rob Stiltanen.

I’d love to know if you’ve had a similar experience so leave a comment or head to the Facebook Group and drop me a message. I’m looking forward to meeting you and welcoming you to our trailblazing tribe!